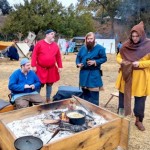 The Ostvik Vikings are based out of Virginia Beach, VA.
The Group Leader is Matthew Fraser.
Contact email is: ostvikvikings@gmail.com

In the year 950 AD, Birka was an important trading center in the Viking world. Located on the island of Björkö, in Lake Mälaren, (roughly 19 miles west of modern day Stockholm, Sweden) Birka facilitated trade between the Scandinavians, and much of Europe and western Asia. The people of Birka offered furs, iron goods, finely crafted products and materials in exchange for foreign goods of high quality, such as, glass and metal ware, pottery, Byzantine embroidery with fine gold thread, brocades with gold posament, Chinese silk, and silver dirham coins from the Abbasid Caliphate. For a time Birka was the Baltic link in the trade route through Ladoga and Novgorod, to the Byzantine Empire and Abbasid Caliphate. However, things were changing. The island of Gotland to the southeast is rising in prestige and notoriety as a place of flourishing mercantile activity, and there are even rumors amongst the nobles and men of the King, Erik Ringsson, that many want to found a new Christian town some miles to the northeast. The chieftain of Birka, Munólfr Sæbjornson, is all too aware of this tonal shift in regional politics.

On an otherwise unassuming spring afternoon, Eirik Steinhard, loyal bodyguard and household warrior to the chieftain, brings a guest seeking audience before Sæbjornson. This man appears to be well traveled, sharp of wit, strong of will, and carries himself with the trappings of a seasoned warrior. After some misfortune in the lands of the Rus kings to the east, he has returned to his homeland, beseeching Sæbjornson for work, lodging, and new lives for himself and his companions. Ever the strategic man, the chieftain consults with Steinhard. He proposes that this landless warrior with no liege establish a camp to the southeast on the bay at a place known as Ostvik, and build a village, aiding to solidify Birka’s power in the region by controlling the waterway. As is custom of this time, this would increase the warrior’s standing socially, making him a land owning warrior in employ of the chieftain. He agrees to the terms, that in exchange for the grant of land and position amongst the chieftain’s court, he must pay a tribute to him at every Thing, conduct trade and bring revenue to the village and Birka, build all the necessary buildings a village needs, and most importantly, to provide trained, able bodied warriors to bolster Birka’s garrison. A sharp and cunning man, Steinhard recognizes that the warrior would have no lasting ties to Sæbjornson’s house if given a more beneficial offer elsewhere, or if and when the political climate changes. A proud man, he has kept his daughter, Brynja, close as no suitable suitors have met his expectations, but recognizing the opportunity to promote his daughter to a position of power and prestige within the region, he offers her hand in marriage to the warrior, who upon seeing her, eagerly accepts.
Now being tied both to the chieftain’s land, his court, and his household, the landless warrior turned Hersir sends his companions ahead to Ostvik to find a suitable location for this village. He leaves the next morning with Brynja, telling her the tales of his adventures and misfortunes in the east, eager to begin anew. This man is known as Þórbjörn Oddmárson, or “Dark-Eye” by foe and friend alike.

This is Ostvik, we are those of Þórbjörn Oddmárson’s warrior companions, come to find a place to settle with family and build our homes. We are tradesmen and merchants looking to become “landed”. We are building the foundation of a new town and we look forward to sharing our story with you. 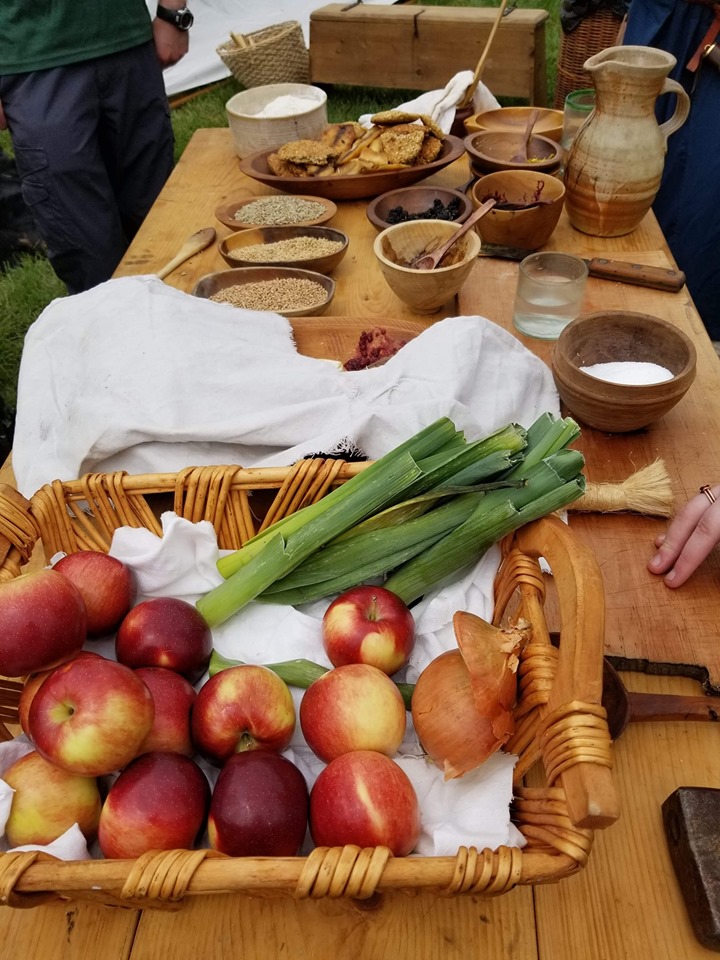